Transforming an ecommerce experience to an educational user journey that sells.

Ranger Ready Repellents is the leading DEET alternative insect repellent made with Picaridin 20%. It’s safer, wearable, super effective, and it smells great. So why isn’t every hiker, camper, golfer, and family using this bug spray? They just don’t know about it yet.

Our first step in making Ranger Ready Repellent the #1 Picaridin brand in the country was designing and developing a beautiful Shopify site that resonates with all of their target audiences – the families, the pro golfers, and everyone else who just wants to protect themselves from biting insects. We chose Shopify for its unbeatable usability and flexibility, as this brand is going to grow. We designed an ecommerce experience that not only drives users to make their purchase, but also educates them along the way about the benefits of choosing Picaridin over the other less safe and less effective repellent alternatives.

Our Shopify experts approach every website build with optimization in the forefront because SEO is a priority for organic growth. Ranger Ready was no different. With a strong SEO strategy established in the very beginning, they began seeing organic traffic immediately after launch. Organic keywords almost tripled a month after launch and terms that landed them on the first page of Google went from 5 to 40. In that time, organic traffic increased by 75%. And that’s just in 30 days.

And after 90 days, Ranger Ready's organic traffic increased by 375%.

So people are coming to the website, but are they making the purchase? In the first month, transactions increased by 508% and revenue by 511%. More people than ever before were shopping Ranger Ready.

After 90 days of the new and improved online shop being in business, total transactions increased by 1,800% and the ecommerce conversion rate reached 4.53%, an improvement from 1.46%.

Ranger Ready wants to be known as the leading Picaridin insect repellent brand. With their new, engaging, and optimized Shopify website, they are becoming the favorite insect repellent among hikers, campers, golfers, families… and Google. 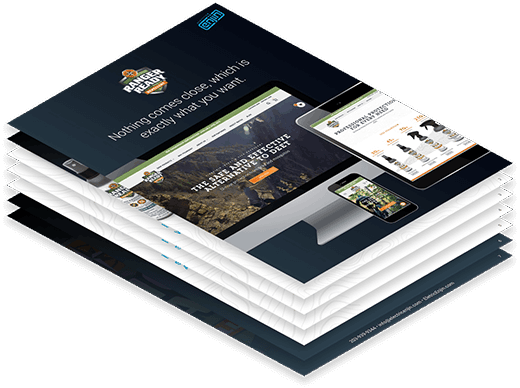 Increase demand for your brand with a free 30 minute marketing strategy session.