As both a Shopify Partner and Craft CMS Partner, we’ve seen the ups and downs of working with both ecommerce platforms. There isn’t a right or wrong answer here, as both platforms are very capable of delivering a premium experience on the front end. In my experience, it’s what happens on the backend that seems to tip the scale of what’s best. We have clients who are diehard Shopify fans, and likewise for Craft CMS. We’ve also got clients who operate on both platforms as a headless setup, or even running two sites that leverage one or the other. Each experience is tailored to the sector of that business, and that means different needs, processes, and requirements.

If you’re a small shop just starting out, then I would highly recommend using Shopify. It’s much easier to get up and running with a template, and has an app market that puts Craft Commerce to shame. While you won’t have a recurring monthly cost with Craft, you’ll certainly pay more for the custom design and development that Craft was built for. We prefer to flex our creative chops with a unique design in Shopify, but this can be tough when you’re self-funded. Craft doesn’t offer any templates, and for good reason. It was created out of the need for a content-first approach.

Another web platform that companies tend to flock to, WordPress, has saturated the market with its superb blogging platform. That being said, it was never intended to be the Frankenstein of a platform that it has grown into today. New features like Gutenberg have shifted the blogging platform to be more scalable with its content, and still doesn’t stack up to the scalable, speedy, and secure nature of Craft CMS.

For businesses that are already up and running, Craft Commerce may be an option to consider. Craft doesn’t just open the doors for better web design, but also allows you to build a custom workflow for your unique business. This is by far the largest benefit of Craft. Adapting your business’ processes to an off-the-shelf platform like Shopify can sometimes be an uphill battle if you’re stuck in your processes, and can also limit your business’s room for growth.

At Electric Enjin, we’ve built a custom web application that improves our internal processes and saves our company thousands of dollars every month. Unique algorithms were developed to automate much of what we do on a manual basis, allowing us to focus on other more important things (like creating killer websites). This would not be possible on a CMS like Shopify. For ecommerce businesses, the areas most impacted are often shipping, reporting, and products that require heavy customization. Sure, there’s likely an app for that, but even apps have their limitations.

One of the biggest variables to consider is the shipping and checkout process. Unless you’re willing to pay up to $2,000+ a month for Shopify Plus, the Shopify checkout process is locked from editing. While this isn’t usually a big issue for smaller companies, we often find that larger businesses require both a custom look and process. The cart is very accessible for changes, but what happens after that is out of your hands. This isn’t entirely a bad thing either, as Shopify knows quite well (hello, data) what converts best. The checkout guard rails were designed with laser precision to set your store for success. From PCI Compliance to a frictionless payment experience, Shopify works very hard for that conversion. If you’ve ever shopped on a Shopify store, your information will automatically load once you add your email or phone. This can make or break a conversion for many users. For Craft CMS, it’s an open book. Craft Commerce has enough features to get you up and running, but is very basic in comparison to what Shopify offers out the gate. This was intentional. The wizards at Pixel & Tonic wanted to give you full control of how you want to manage your ecommerce. This means you can expect to invest a lot more into the planning, user experience, design, and development stages of a Craft Commerce build.

Shopify currently has over 1.3 million registered websites, while Craft CMS has a mere 70 thousand. This number can be a little deceiving, as you can get a templated ecommerce website built on Shopify up and running in less than a day. There is also a large graveyard of Shopify sites just sitting idle. Building a Craft Commerce website can take weeks to months depending on the requirements, and the cost of entry is much higher for Craft.

Well what about the developer community, you ask? While the Shopify community is much larger than Craft, they’re fairly equal in terms of support. Craft 3 is a php application built on Yii 2, leverages MySQL and PostgreSQL for storage, and uses Twig for templating. These are widely popular technologies with a lot of available support. Because Craft has officially named and released versions, it’s easier to distinguish between deprecated and correct information. We’ve often hit a lot of bumps in the road with Shopify, because even Shopify Support doesn’t always maintain old posts as features change. For example, we designed a site with the intention of building out a navigation in the checkout (a function that was previously available), and as we were in development, the function was gone. This deprecated feature was not published anywhere, and customer support was also unaware of the changes. Getting customer support from Shopify can be hit-or-miss, as they’re not developers and don’t know the super technical inner workings of the platform. We’ve found more success with Craft’s support team, resources, and community.

Shopify, on the other hand, leverages it’s own php templating engine, called liquid. Liquid is very similar to twig in terms of syntax. We’ve converted the front end of a Craft site to Shopify fairly seamlessly in the past. A large difference between the two is that Shopify uses schema, which is baked within the liquid files, and Craft requires you to build custom fields within the CMS. As a developer, it’s more efficient to build in Shopify. However with Craft, you can split up the workload to non-developers, which in essence, allows an agency to build at similar speeds.

Shopify is the clear winner here. They simply have more available integrations, and a larger community of app developers. This means you have more options, wider support, and can cut a lot of the development costs by supplementing certain features for apps. Be weary of using too many apps, though. Outside of killing your site speed, the experience can feel a bit clunky as things load in separately and apps that lack customization might appear out of place. Shopify apps are also notoriously expensive. This can knock up the monthly budget pretty quickly. We’re big fans of the instant search and review apps available on Shopify, something still lacking on Craft.

Most large fulfillment centers are likely to have their own Shopify app, making the shipping process a lot smoother. With Craft CMS, this likely means using a third party software for fulfillment, or creating a unique connection to push orders through. Craft’s plugin store is much smaller in comparison, but still includes the apps that you’ll likely need for SEO, forms, and ecommerce capabilities using Craft Commerce. These are paid annually, and at a much lower cost compared to Shopify. We’ve also found that most integrations have their own embeds or open API’s saving you the additional monthly cost of a plugin.

The odds of getting hacked on either platform are very slim. It does happen from time to time. Doing a Google search for hacked Shopify sites will yield forums on Reddit and Quora, but we haven’t experienced that with either platform (so far). You likely won’t find many instances of that happening to Craft either, as the threshold for entry does majorly impact this. Craft sites can only be built by developers, who follow web security best practices, and Shopify sites can be whipped by up anyone.

Shopify does a great job of maintaining their platform and adding new features (security features included). These updates are automated and don’t require any action on the user’s part. Craft CMS requires manual 1-click interaction to update patches. They’re released almost weekly, and they make it easy to address any deprecated syntaxes within the code. The maintenance of custom features unique to Craft may require light updating from time to time, but likely ends up being less than what you would pay on a monthly basis for Shopify apps.

Shopify can integrate with any other CMS. That means that you can build the front end experience to your heart’s desire, and push orders and accounts through Shopify’s checkout system. A hybrid of Craft CMS and Shopify will give you the best of both worlds with a fully custom, on-brand website, without having to do any of the custom work that’s needed on the ecommerce side.

We recommend only doing this with Shopify Plus. A major limitation of Shopify’s API is that once you’re in checkout, there’s no way to edit the cart, resume shopping, or go back via breadcrumbs. The only way back is your browser’s native function. Even the brand logo in the checkout doesn’t link back, which really doesn’t make any sense. The only workaround is upgrading to Shopify Plus, which unlocks the checkout template. A hybrid solution will also require you to manage products across two platforms.

As for all of the great capabilities that come with a hybrid site that uses Craft CMS and Shopify; for one, you’re gifted with the total freedom on the friend end with Craft’s powerful Matrix Block system (similar to Shopify’s Theme Sections). Matrix blocks allow you to create and manipulate pages on the fly without touching code. Thus, saving on maintenance costs for creating new landing pages, or rearranging the order of your blocks to update the user-flow and experience of a page. One of our biggest frustrations with Shopify is that theme sections are only available on the homepage, with a max of 25 sections. However, it’s been announced that they’ll likely be extending that to all templates sometime this year. Content managers rejoice! Product detail and collection pages will no longer fall victim to the boundaries of Shopify’s product system.

Looking at both Shopify and Craft CMS in an ecommerce vacuum, Shopify simply does it better. It was built from the ground up for one job, and one job only: driving sales. This comes with the cost of front-end limitations and monthly payments. As a developer and designer, I love the flexibility and freedom of Craft. The sky is the limit, as long as you’re willing to build the rocket to get there.

If you need a partner for your next ecommerce build, we are Shopify Partners.

Craft Commerce vs Shopify CMS vs A Hybrid CMS Solution 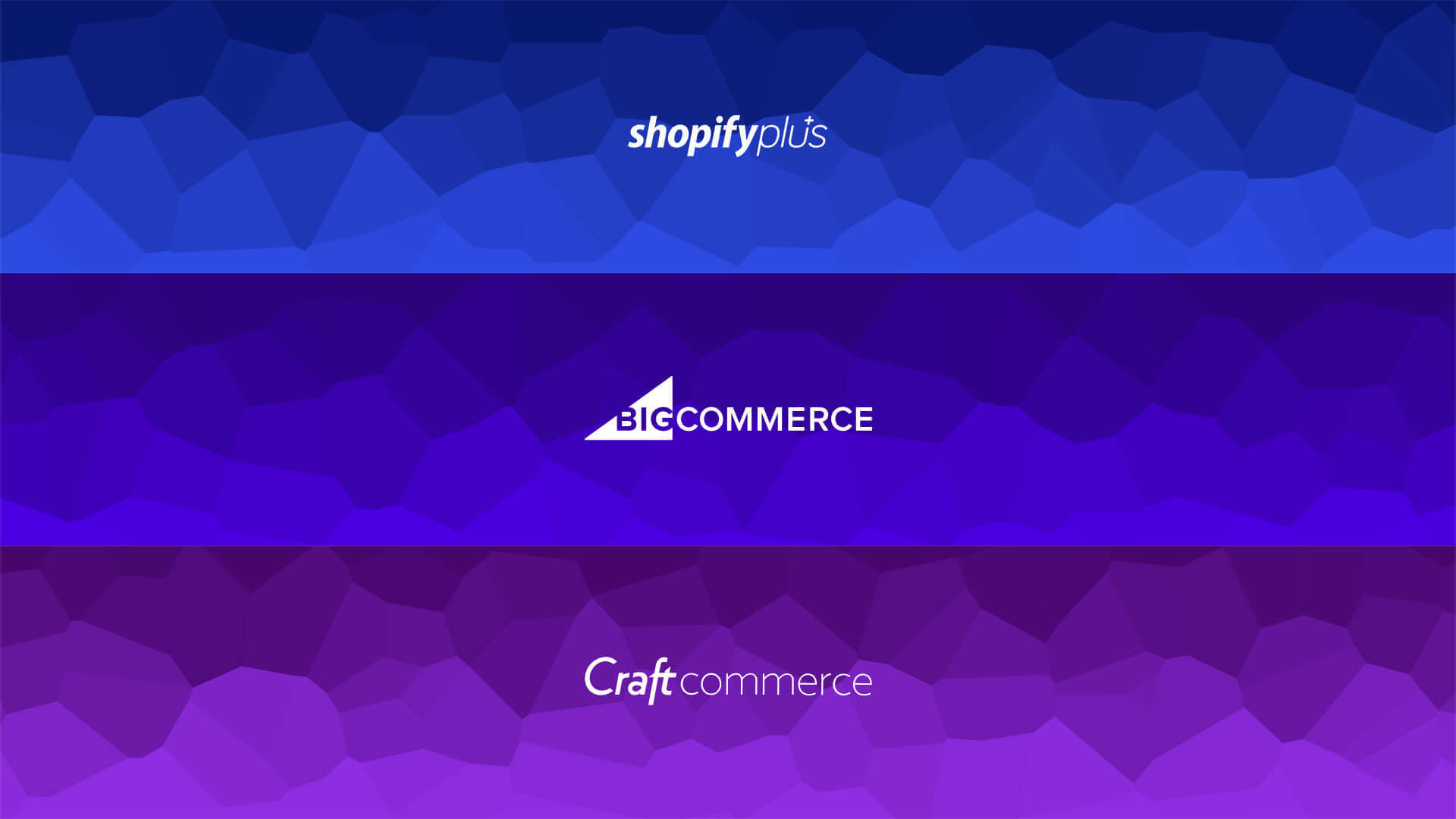 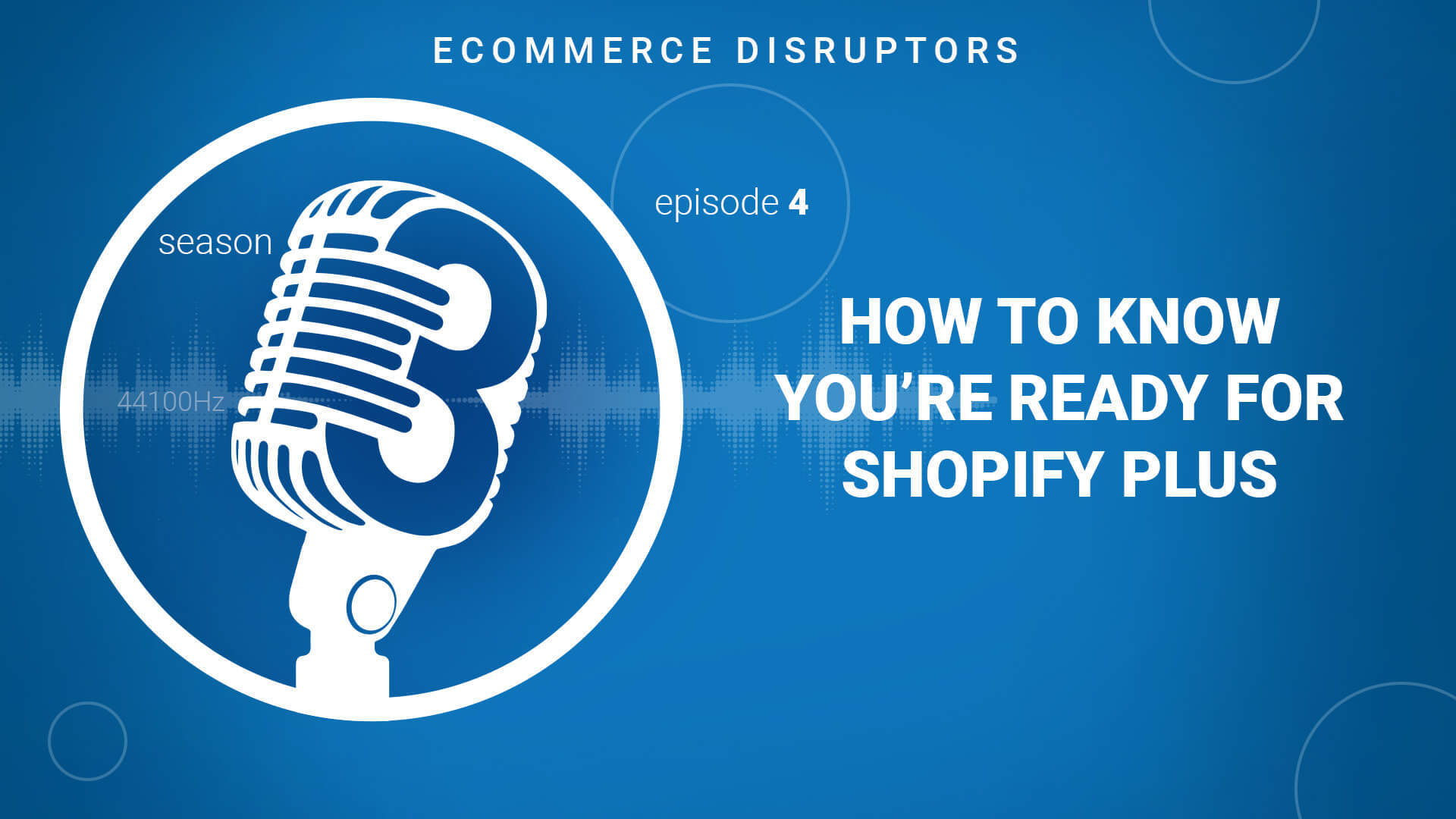 How To Know You're Ready for Shopify Plus 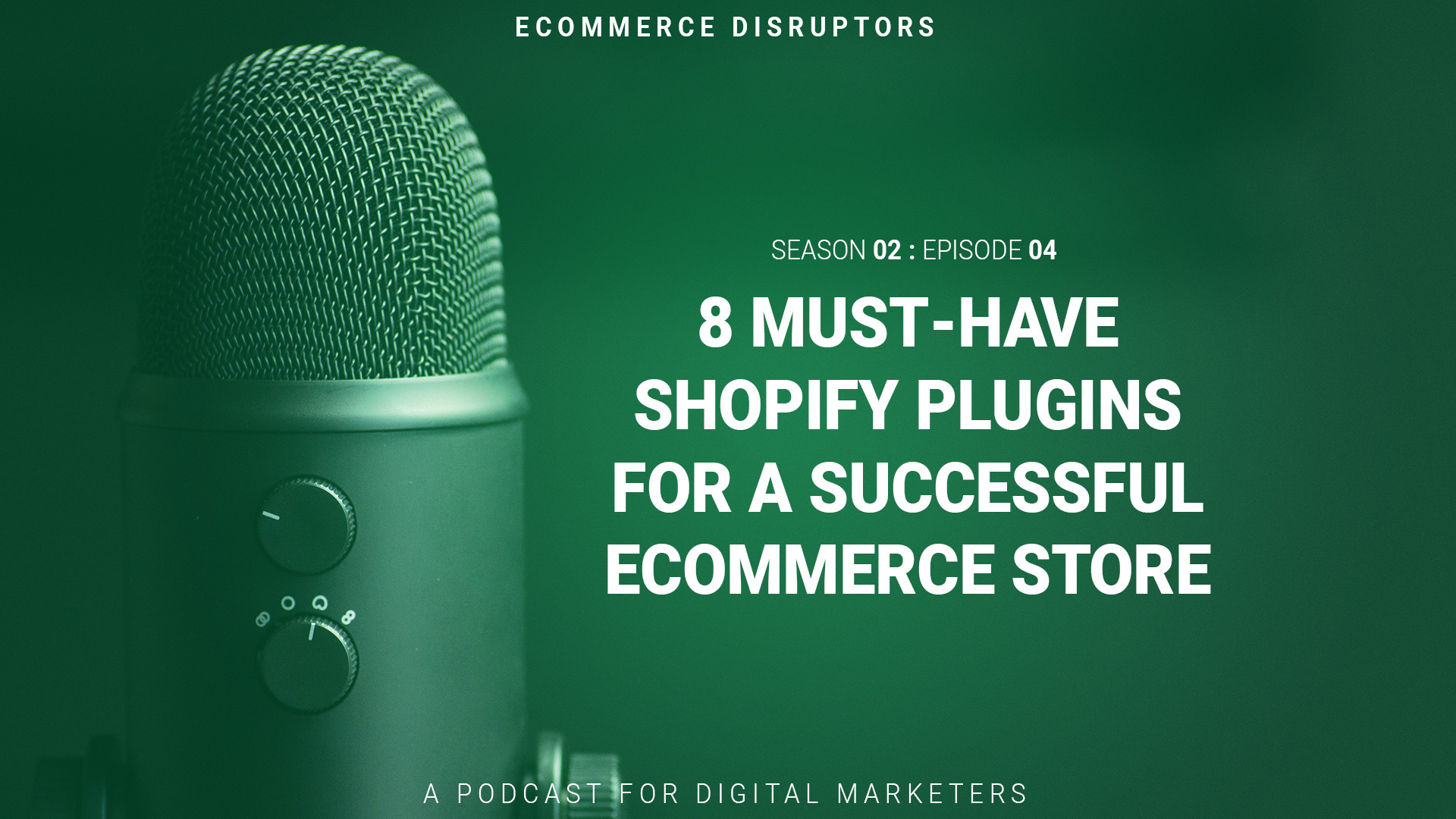 8 of the Best Shopify Apps for A Successful Ecommerce Business