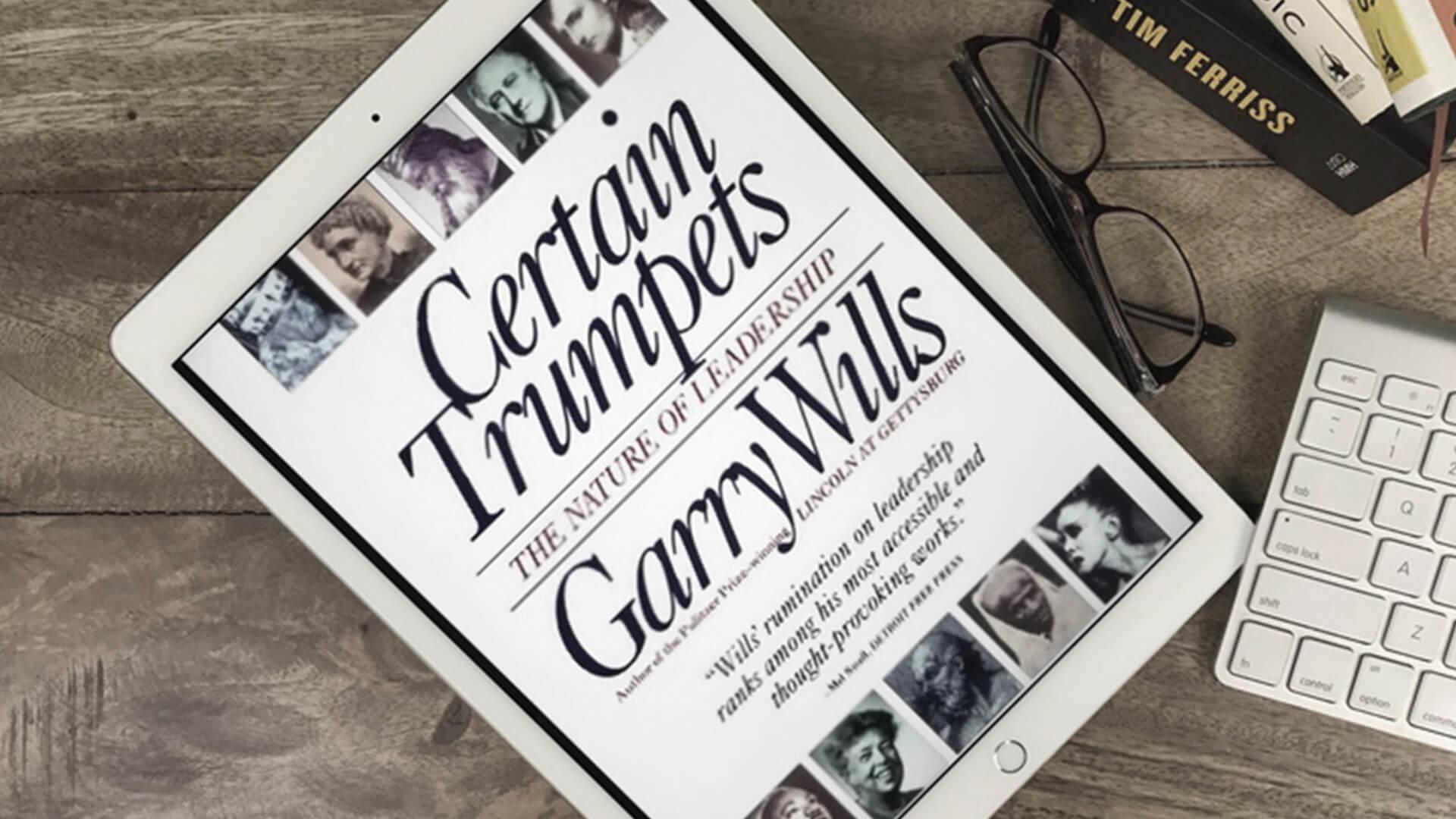 This is a book on leadership unlike any other you’ve read, and for that reason alone it is worth reading.

For those unfamiliar with the author, Garry Wills, an emeritus professor at Northwestern University, is a trained classicist, proficient in Greek and Latin, who fairly burst on to the political landscape in 1970 when his biography of Richard Nixon (“Nixon Agonistes”) landed him on that President’s list of political enemies. Since then he has won the Pulitzer Prize for “Lincoln at Gettysburg”, has written extensively about politics, history, American culture (his essay “Martin Luther King is Still on the Case” written immediately after the assassination is absolutely riveting) and religion, and has been called “perhaps the most distinguished Catholic intellectual in America over the last 50 years”.

Which means that the perspective he brings to the questions of “what is leadership?”, “Who has it?”, and “Why is it important?” are necessarily different from the standard business book writer. For one thing, he brings a critical ability that is unmatched. And for another, the range of information he can access for context, relevance and insight are necessarily broader. For while he may not be as knowledgeable about the details of business theory as, say Peter Drucker, leadership is not the sole purview of the business world. It exists in every facet of our lives, across the centuries, cultures and genders. It is, one might say, a function of being human.

Which is, frankly, Wills’ approach. He identifies 16 types of leadership, ranging from electoral to charismatic to intellectual to opportunistic, and identifies a figure from history who most clearly embodies each type’s characteristics. FDR for electoral, for example, King David for charismatic, Socrates for intellectual, and so forth. Not only does this help us see that leadership is a widely varied endeavour (and not the monolith many would have us believe), but it helps one see the subtle nuances of the different styles that those iconic figures embody.

For one of Wills most important points is that leadership does not exist in a vacuum. It is highly contextual, in terms of the specific situation in which it arises, in terms of the goal to be accomplished, and in terms of the people the leader is trying to, you know, lead.

And to make this point even clearer, Wills does something really remarkable. He pairs each exemplar with an anti-type. So FDR is paired with Adlai Stevenson and Socrates with Wittgenstein – both admirable, intelligent and successful men, yet not leaders in the way of the archetypes. Which of course begs the question why, and which Wills explains and analyzes giving us a still deeper understanding of the nature of leadership.

Perhaps the most illuminating example of this is in the chapter on charismatic leadership that features the biblical King David as the archetype, and mirrors him with his son, Solomon. Because here is where we learn that Solomon is not – and thus by extension all the anti-types are not – merely failures. They’re just the opposite kind of leader. “The opposite of charisma” Wills writes, “is bureaucracy” and

“There is a general revulsion from bureaucracy in the scholarly as well as the popular press. But a Solomon, growing up in the turbulence of David’s court, knew the uses of routine. Bureaucracy is an attempt to make administration automatic, not dependent on the comings and goings of personalities.”

Why? Because charismatic rule is:

“… always unstable, often short-lived, and at odds with its own foundation. The divinely graced person is supposed to be above failure – so each failure undermines the very raison d’etre of charismatic rule.“

In other words, the last thing that the Israelites needed after David was another David. They needed a leader like Solomon because their needs had changed, and with them, their requirements for leadership.

And that’s perhaps the most revealing insight of “Certain Trumpets”. That leadership isn’t so much about the leader, as it is about the followers. Or, as Wills writes:

“We have long lists of the leader’s requisites – he or she needs determination, focus, a clear goal, a sense of priorities, and so on. We easily forget the first and all-encompassing need. The leader most needs followers. When those are lacking, the best ideas, the strongest will, the most wonderful smile have no effect.”

This is why “Certain Trumpets” is so valuable. Because it not only teaches readers the right way to think about leadership for themselves, it makes sense of leadership as a tool for all of us.

Certain Trumpets: The Call of Leaders by Garry Wills was published by Simon & Schuster on 05/09/94.

This article was originally published on The Agency Review blog, and has been reposted here with permission. To read more reviews like this - and interviews with many of the authors - visit The Agency Review.