The Sweetest Candy Corn Debate that gave us the answers to question that we’ve all been asking, “Does America love or hate candy corn?” 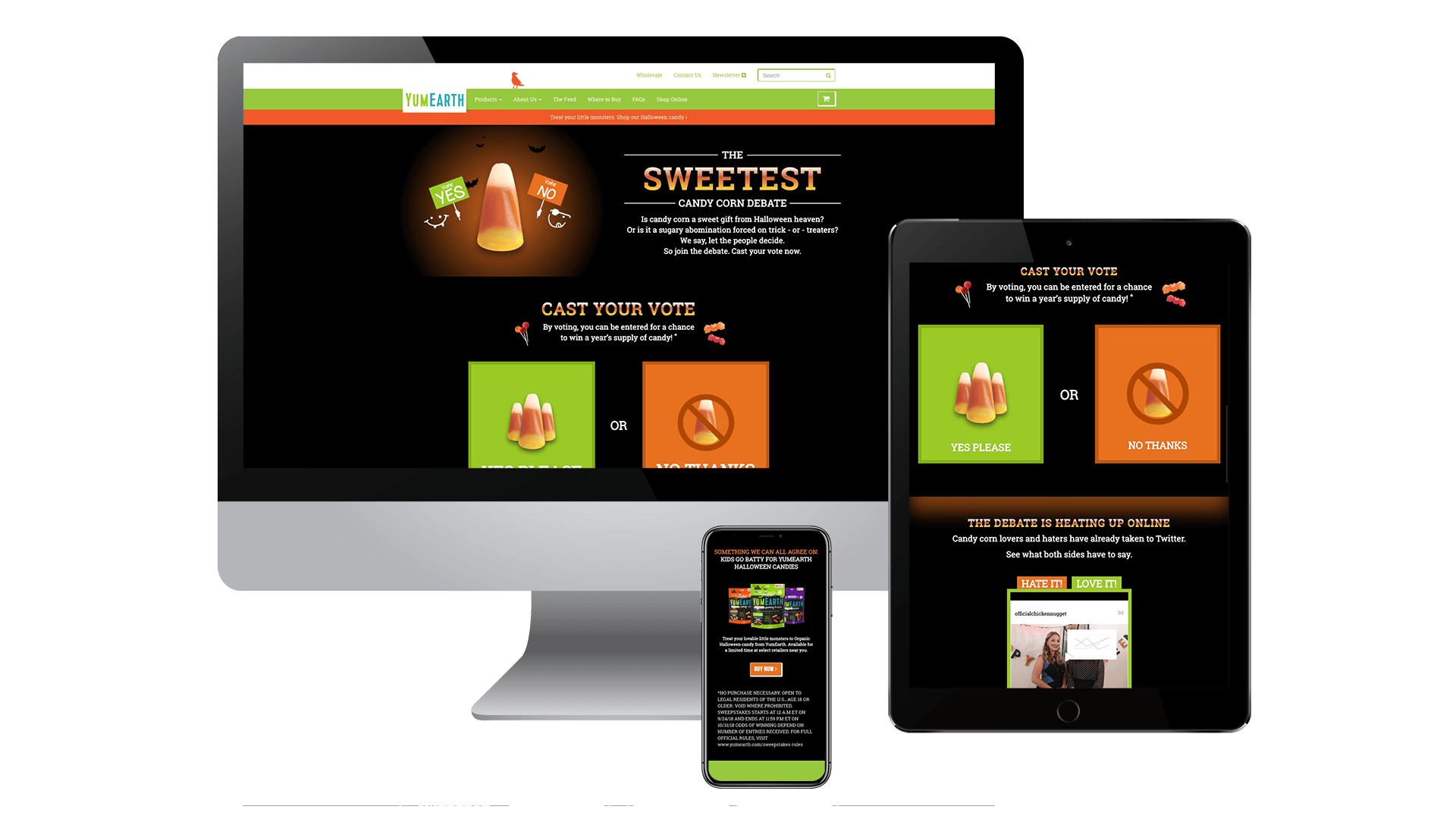 Not everyone loves it as much as we do, so what’s the general consensus? We proposed the question to the world: Are you a candy corn lover or a candy corn hater? The campaign flooded social media and took to radio and podcasts. Over 30,000 votes later, the results concluded... America LOVES candy corn. We even went as far as to track it by state, so people could know their home state’s stance on the debatable issue.

A 484% increase in YumEarth’s subscriber list proves it, this campaign was an ecommerce and retail sales success story, as well as (almost) solid scientific evidence that candy corn is the best Halloween treat.

Get a free proposal

Give us a call