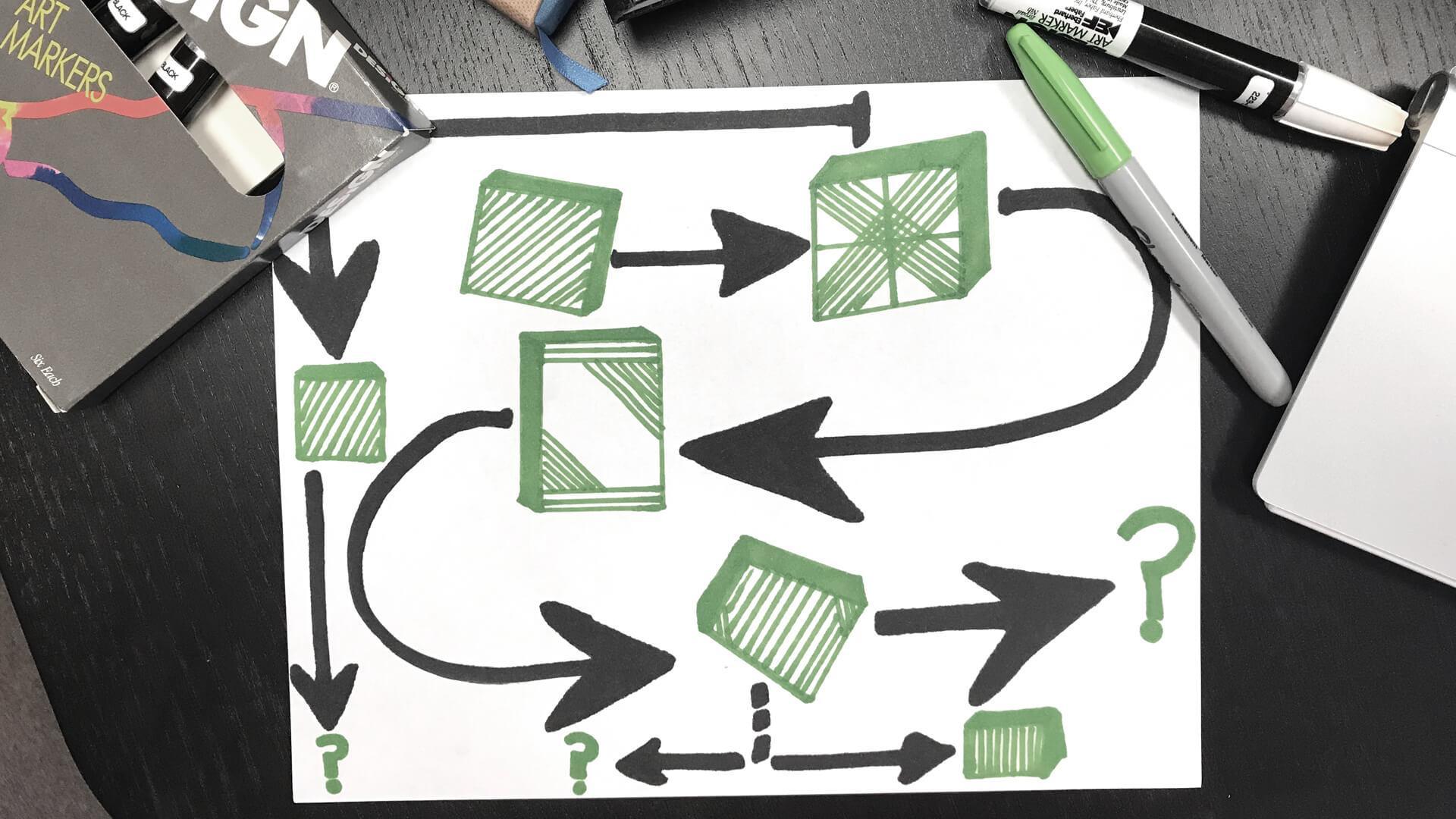 The Madness of the Method: Why Agency Process Matters

You walk into a meeting with a new client or a new agency, and you’re in that honeymoon phase when everyone is attentive and polite and laughs at each other’s stupid stupid jokes. And you’re there so you can discuss “the process”, the way you’re all going to get the work done. The “great” work done. The great work we’re all going to be proud of. Together.

The Problem with the Process

Process gets a bad rap. On the one hand, you’ve got diva creatives complaining that their brilliant minds can’t be fettered by the pedestrian manacles of something as bourgeois as “process” and that if you try, you’ll just end up with the kind of mediocre pabulum that is frankly beneath them to even contemplate.

And on the other, you’ve got, well, let’s call them “enforcers”. People who live and die by the process. Who can cite chapter and verse of it. Who spend all their time insisting people toe the process’s invisible lines. Who actually believe that enforcing the process is their job – as opposed to, you know, actually creating great advertising.

Hell, it’s gotten so bad that it’s come to this: a Creative Director explaining why process is not only a good thing, it may be the most important thing.

Wait, do we need a Process?

Yes. Diva creatives to the contrary, we do. Why? Because without it, nothing gets done. At least, not efficiently. Or cost-effectively. Without it you don’t learn from your mistakes and your successes to deliver better work consistently. And if you’re good with that, if you’re good with missing deadlines, staying late for no good reason, poor preparation, oh and laying people off because you’re not making money, great. But me, well I’ve got work to do.

Look. Process is a tool. In it’s most basic sense, a process uses the assets at hand to achieve the goals identified. Like most tools, a good process is designed to do a particular kind of job efficiently and effectively, over and over again.

So what’s the problem?

Because unlike most tools, the two components that make up process – assets and goals – are constantly shifting at advertising agencies.

And what are those assets?

People mostly. People with - because this is an industry built on creativity and relationships - skills that are ultimately unique to them. Which means that any process built on them must reflect those skills – which by definition are not transferable to others.

Remember, most other kinds of companies don’t make their money off of people. They make it off of stuff. Computers. Candy. Cars. Clothes. Stuff that doesn’t change unless you change it. Stuff that is fairly interchangeable.

And if some of these goals sound to you like they’re agency goals and not client goals, you’re right. And any agency that isn’t thinking about their goals with every project they work on won’t be working on projects for anyone for long.

But, since you mentioned it, now overlay client goals on the process. Process is getting trickier, isn’t it?

And now remind yourself that the assets you’re going to use to achieve those goals – your people – are constantly changing. Coming, going, getting better, getting worse.

So the process – a system built on the assets at hand to achieve desired goals – is enforced blindly. Even though – almost by definition - the assets and goals it was designed for - last year, last decade, last century – are no longer relevant.

Yes. Because here’s where things get insidious.

Agencies only make money by being efficient. I know, it’s absurd, but it’s true. And a process is the way they make themselves efficient. They figure out what they do, figure out the most effective way to do it, and then build a reputation for it. (Or they don’t and they go out of business)

Which means there is a financial incentive for keeping the process sacrosanct. Even when – especially when - the specific need that process was originally built to meet has passed you by. If you’ve figured out the most efficient way to make buggy whips, you have a vested interest in making sure that buggies are the primary form of transportation – even when cars and trains and airplanes show up. Even when your clients are saying, um, you know, a car would get me there faster. Even when your employees are dabbling in airplane design, and then going to companies who make airplanes.

Even as you see other buggy whip companies go out of business.

That’s why process is so important. For not only does it dictate how cost effective you’ll be, it literally defines you and sets your path for the future.

So what do we do?

The answer is simple to state but difficult to do. And here it is:

You must constantly re-assess your process.

And you must do it as if your company depended on it.