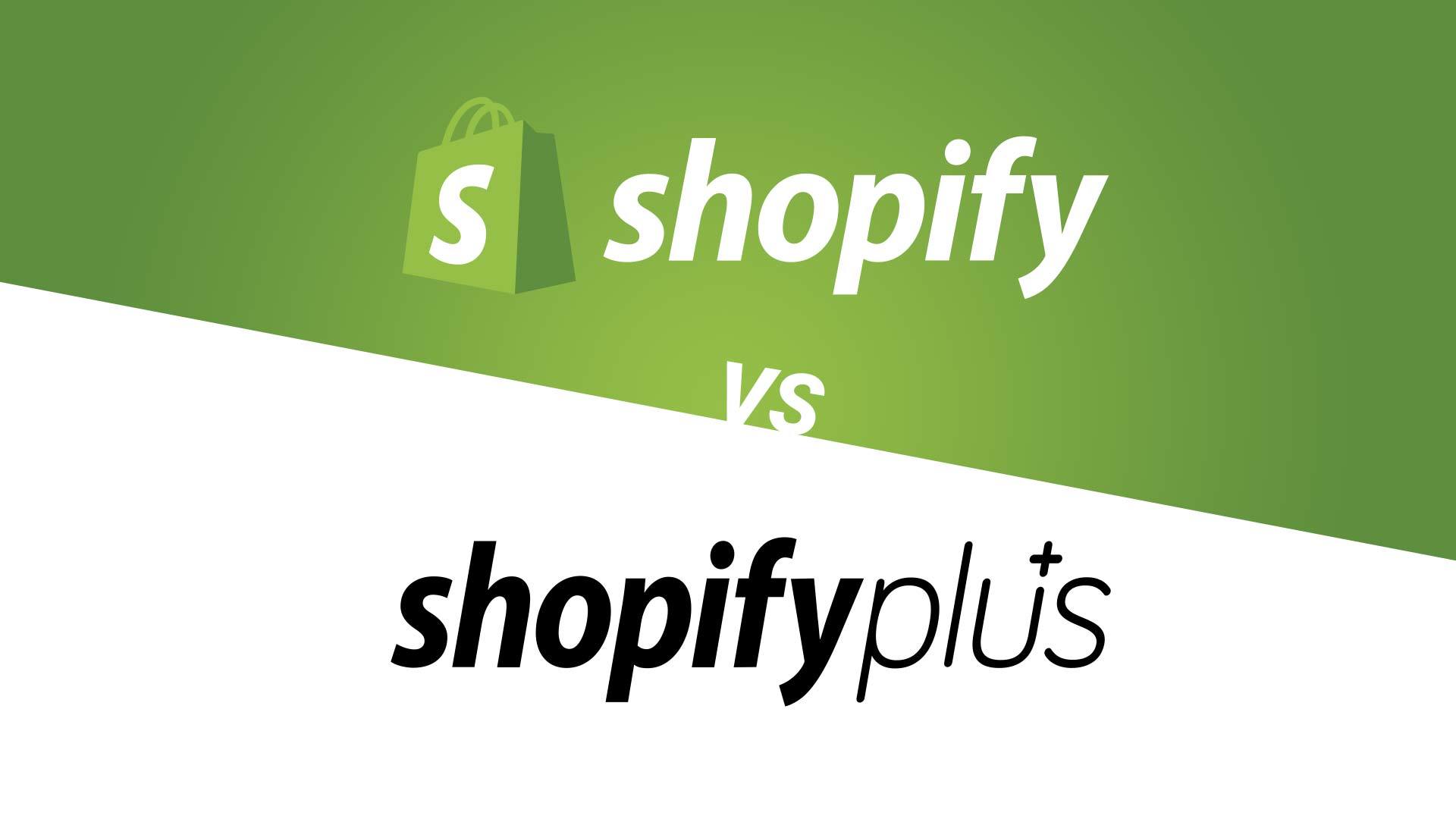 Shopify vs Shopify Plus: Is the price tag worth it for your ecommerce business?

It’s safe to say Shopify is one of the best, if not the best, ecommerce platforms out there. Shopify is used by big name e-tailers like Budweiser, Tesla, and Penguin Books, and it is also popular among small businesses and startups. Shopify has a solution for everyone with its four-tier product offerings – Basic Shopify, Shopify, Advanced Shopify, and Shopify Plus. A question we get asked a lot is: Shopify vs Shopify Plus, which is the best option for my ecommerce business?

From Basic Shopify to Advanced Shopify, you can expect to pay anywhere between $29 to $299 a month. Shopify, described as “everything you need for a growing business,” will cost you $79 a month. With Shopify Plus, the pricing is by quote only. You can expect to pay a minimum of $2,000, although pricing can go much higher than that. If price is a major factor for you, you’ll want to opt for a traditional Shopify plan.

Is the $2,000+ price tag worth it? Shopify Plus is very customizable, and you will speak with a Shopify representative to discover the best plan of action to support your ecommerce business. One of the greatest benefits of this customizable plan is that the transaction rate is negotiable. A standard is 1.6% + 30¢ per transaction, which is an improvement from the flat, non-negotiable fee across all other Shopify solutions. The Shopify plan transaction rate is 2.6% and 30¢ per transaction, so the percentage a little higher. Do you have enough monthly sales to make the more expensive Shopify Plus plan worth the 1% savings per transaction? If not, there are some other benefits to choosing the Shopify Plus plan.

Shopify already has impeccable customer service. As a part of your monthly cost to host your ecommerce website on Shopify you have access to 24/7 live support via phone, email, and chat. This is a major benefit to a mega ecommerce platform like Shopify. How could this get any better? Well, with Shopify Plus your customer service is much more personal and tailored to your business. When launching your website, you will receive a dedicated launch manager that ensures a seamless transition to the Shopify platform. Once you’re up in running, you will be given a merchant success manager.

The merchant success manager is a huge selling point for Shopify Plus because they assist you for as long as you are using Shopify Plus. They will go over your business goals and lead you in a direction that will have you using all of Shopify Plus’ capabilities to your advantage. Ecommerce is still a fairly new realm for business owners, and the industry is constantly changing and growing. Having a strategic partner by your side in all aspects of your ecommerce business is important, and Shopify Plus handles their part well.

Shopify and Shopify Plus share a lot of essential ecommerce capabilities. For example, Shopify is a leader in cart abandonment recovery. Shopify will send out an automated email to users when they leave their cart abandoned, which can lead to saving as much as one-third of abandoned carts. This is a built-in feature in Shopify, so any ecommerce business can use this tool to their advantage.

Another great feature that all Shopify accounts have access to is multi-currency selling. If you are selling internationally, you don’t have to worry about exchange rates. Shopify will automatically display the different currency options to consumers, and will handle all of the work as long as you are using a Shopify payment gateway.

There are also a few features that are only available to Shopify Plus merchants. One of which is Shopify Flow. This is a handy app that allows you to take a step back from the mundane tasks of running an ecommerce business and work on bigger picture tasks. Capturing customer reviews, automatically creating support tickets from certain triggers, handling risk management, and watching merchandise stock levels are just a few of the many tasks Shopify Flow can automate so you don’t have to take the time out of your busy day to take care of them.

Whether you use Shopify or Shopify Plus, you are running your ecommerce website on the same platform. Your website will run the same, look the same, and you’ll probably be receiving the same amount of customers. The difference between the two is the added support, which can really be a deal breaker if you need that that extra boost. Between the merchant support with individualized help, to Shopify Flow, which will streamline your internal processes, Shopify Plus can be a driving factor in growing your ecommerce business.

All in all, Shopify is a great platform. And with four pricing tiers, there is a solution for businesses of all sizes; although, you’re probably going to need to be an enterprise-sized company if you are opting for Shopify Plus to offset that hefty price tag. Brands that use Shopify Plus are generating $1 million to $500 million and more. While the Shopify plan is perfect for businesses of all sizes, and there is room to downgrade or upgrade from there.

If you are still shopping between ecommerce platforms, check out our other platform comparisons: Craft Commerce, Shopify & BigCommerce and Craft CMS vs. WordPress: Ecommerce Edition.

Morgan leads all search programs at Electric Enjin. She’s focused on getting your website found with unique content strategies and killer SEO and PPC campaigns. By diving deep into web analytics, she develops data-driven plans that will generate the most ROI for your digital marketing plan. Morgan is Google Ads and Google Analytics certified.